Below you will find information that will help you get to know us better - testimonials from some of our past clients.

We consider the satisfaction of our clients to be our greatest achievement, and take pride in my high volume of repeat business and referrals from their family and friends.

Call us today - we would love to add you to our growing list!

Me and the wife finally got out of renting and found a lovely house in the NW of Calgary. This was made easy and stress free when we met Stu. We met up with Stu for coffee and let him know what we were looking for and with Stu’s knowledge for housing in Calgary it didn’t take long until he found the house that suited us both perfectly.

From start to finish Stu explained everything to us every step of the way and we could not have asked for more. It was a pleasure to work alongside him.

I was first introduced to Stu Lowe while living in the Hamptons in NW Calgary. When transferred to Strathmore in 2005, I chose to use Stu to list our home in the Hamptons as well as asking him to find our new acreage home in the Rural Rocky View County Area.

Our home in Calgary sold within the first month for very close to our asking price, and Stu then turned his attention to finding our new home. We wanted an acreage where we could keep our daughter's horses, and our son could dirt bike. Stu located the perfect place, and we happily lived there for 11 years. When I again transferred, this time to BC in 2016, we again chose Stu list our farm. He provided excellent advice on what to do, and what not to worry about, to sell our home. Our farm and 40 acres sold within a very reasonable time frame given the difficult real estate market, for more than 95% of our asking price.

We could not have been happier with our choice of realtor!

Working with Stu has been a wonderful experience. He was always interested in our wants and needs and we have been both sellers (Springbank) and buyers (Altadore & Patterson SW). His advice has been educated and on point and, most importantly, geared specifically to our interests.His patience and expertisemakes you feel at home while you are in-between homes. Stu will continue to look after our real estate interests.

When we first met Stu we were impressed of his friendly and warm welcoming, we were very pleased with his positive and enthusiastic personality, professional services, honesty and negotiation skills, Stewart provides quality personal services (even during his personal vacations) Thanks Stewart for all your commitment to help us get our dream home in Artist View, Springbank AND for selling our previous house in Cougar Ridge SW!

My wife and I contacted Stu several years ago when first contemplating moving from our NW home to a Springbank acreage. Even though Stewart knew we were just starting to look, and not initially strongly motivated, he took the time to show us properties, describe the market and give us a feel for the various areas.

Eventually, we chose a favourite and initiated discussions with the builder. Stu is knowledgeable, dedicated and works tirelessly on behalf of his clients. We recommend him with absolutely no reservations.

Stu Lowe is light years ahead of other luxury real estate marketing professionals I have talked to. He knows his market to stay ahead of the everyone else. His work ethic is unbelievable, always answers his cell and kept us in total communication. He is very easy to work with and makes moving a pleasure. I was looking for an acreage home in Bearspaw and I could not of been happier with his work and the sheer energy of looking at homes.

When we decided to move away from Calgary it was a tough decision. We needed a top quality realtor that was more than a number cruncher.

We had to have a partner to help sell our home. Stu Lowe was the man for the job. He helped guide us through the process and dealt with potential buyers with sensitivity, class and a certain firmness that we needed to sell our home in Valley Ridge NW. I would not hesitate in recommending Stu for your next home sale.

Comparative market analysis (CMA) is a fine tool in helping to determine the price of your home. However, it’s only a statistical analysis of what's been happening in your corner of the woods over the past bit of time. It does not reflect the care and attention you have put into your home, it does not tell the story of a well-decorated and staged home, it does not reflect how much effort you have put into the lawn and gardens, and it certainly can't tell the world that you have got fantastic neighbors.

Stewart walked in with a CMA when we met the first time in our Calgary home...he had done a bit of homework to know where our house should be priced, given the current market conditions, the age of the home and its location . He did a tour of the house with us and made a few recommendations for changes.

We took those recommendations to heart, and making the changes kept us busy over the next little bit while we interviewed other Realtors. During that time, Stewart kept popping in to see how the work was progressing and to keep us up-to-date on neighbourhood listings. He took us around to view those houses, so we could get an idea of how our house really compared.

Each time we met the price of our house would jump a bit more, and he began to get nervous that we would think he was trying to " buy the listing" by inflating the listing price to suit our egos. Truthfully, we began to wonder, especially when another very experienced Realtor told us that even though our property was nice and would show well, he had seen better houses sell for less.

We discussed the CMA with Stewart, and, without mentioning names, told him of the difficulties that the other Realtor had determined would make our house less than an attractive prospect for buyers looking in our area. At no time during the conversation did Stewart make disparaging remarks about the work done by the other Realtor, but he made us see again what an outstanding piece of real estate we were sitting on.

Stewart's unfeigned enthusiasm for our home is what sold us. Once we had made our decision, we were extremely thankful we had made the choice. Stewart's professional integrity became rapidly apparent once we made our decision known to the previous Realtor who immediately tried what we considered a rather underhanded marketing ploy. The responses were like night and day.

Stewart, my husband and I formed a team, watching the market as we neared our listing day and put the final touches on the improvements originally suggested by Stewart. We looked at houses, de-cluttered and tidied our own and moved the furniture around to show the home at its best.

When we met on the final day to agree upon the listing price, it was $38,000 higher than the very experienced Realtor had suggested was the maximum we should be asking. Although a quick sale wasn't part of our requirements, it was just two days later that Stewart put up the conditional sale sign sticker on our yard sign. The sale price was 99% of the listing price.

I tell you, there is danger in looking at just the CMA reports when you decide to sell your home. You need someone who is willing to work with you to maximize the potential of your home, and who is willing to look at it with the same kind eyes you see it with.

Thanks to the efficient, effective and professional manner in which, Stu Lowe and his team marketed our home in Arbour Lake NW. We found the sales process to be a rewarding experience.

Stu was able to sell our home within five days, and we achieved the target price we were after. We would be happy to recommend Stu to anyone looking to sell or buy a home. 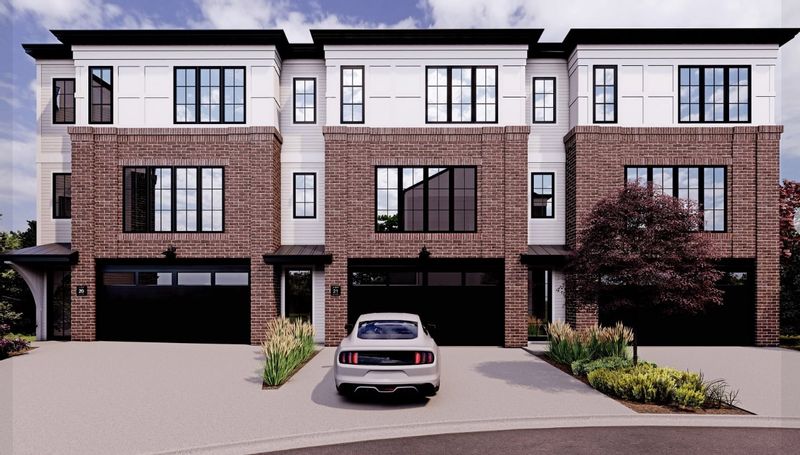